SPL Gatekeepers is a North American SMITE team. They were previously known as NeilM 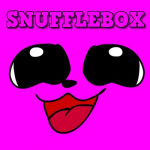